Whether on the stages of Broadway, touring around the world, or entertaining audiences in a casino or on a cruise ship, these seasoned performers bring high energy to the experience!

Brent’s lush baritone combined with Steve’s sparkling tenor create a harmonic blend that brings variety to every performance.  Audiences love to engage in their natural rapport  – the kind that can only be cultivated by two long time chums. 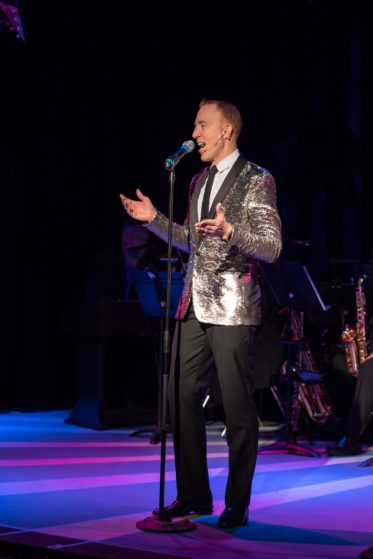 Brent D. Kuenning adds bass to the pair and he oozes with talent
through his charming on stage persona and vocal range.
- Denver Post

Born and raised in Nebraska, Brent never thought in a million years he would pursue a life of singing and dancing. Yet destiny had different ideas – and he is so happy that it did!

The amazing journey has given him the opportunity to appear in both  lead and ensemble roles in a variety of Off-Broadway and National Tours including:

He has also had the opportunity to “bare it all” numerous times in the acclaimed ‘Broadway Bares’ in NYC under the direction of Broadway Director/Choreographer Jerry Mitchell.

Brent has appeared as a singer in Las Vegas, Atlantic City and on cruise ships including: Seabourn, Silversea, Crystal, RCCL, Radisson Seven Seas, Premier and Regent.

Let’s not also forget the incredible experiences of singing back-up for legendary Ben Vereen and performing as a back-up dancer for the “coochie coochie” queen herself, Charo.

Brent also counts numerous TV, film, commercials & printwork in his professional history. One of his favorite experiences was co-hosting ‘The Concierge’ with Alicia Minshew of “All My Children’ fame’

Steve began his career on-stage as an 8-year-old Frederick Von Trapp, touring the country with ‘I Dream of Jeannie’s’ Barbara Eden. With his Actor’s Equity card in hand, he continued to perform, getting a BFA in Musical Theatre at Otterbein University. From there he was one of the founding members of the acclaimed Cardinal Theatre Company in Chicago, and the resident director for several years at The Northern Lights Playhouse prior to moving to New York.

Among his Broadway credits, Steve played Kenickie in Grease opposite 13 stars from film, television and pop music. National European Tours include ‘A Christmas Carol’ with Brian Keith, ‘My Fair Lady’ with Academy Award Winner Maximillian Schell, and the pre-Broadway Tour of ‘Little Women’ with the Legendary Elaine Stritch. Other memorable stage roles include Billy in ‘Anything Goes’, Vernon in ‘They’re Playing Our Song’ , Albin in ‘La Cage Aux Folles’, multiple productions as Tony in ‘West Side Story’ and the lead role in ‘Joseph and the Amazing Technicolor Dreamcoat’.

Steve has performed as a duet singer with Sheena Easton in Las Vegas at the MGM Grand and also in Atlantic City. Additionally, he headlined shows on a variety of cruise lines including Silversea and American Hawaii. Steve’s TV and film work include appearances on theTony Awards, Today Show, The Rosie O’ Donnell Show, Sex & the City as well as other various commercials and feature films. 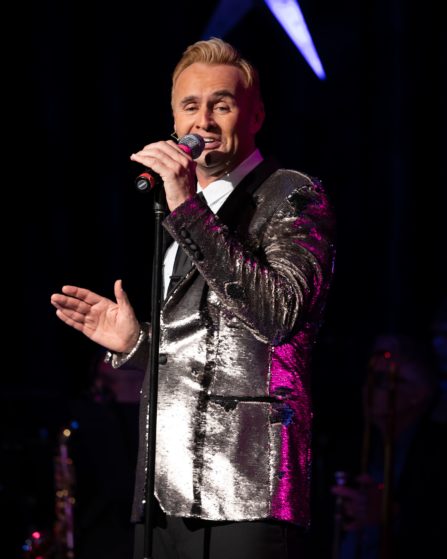